All things are difficult before they get VC 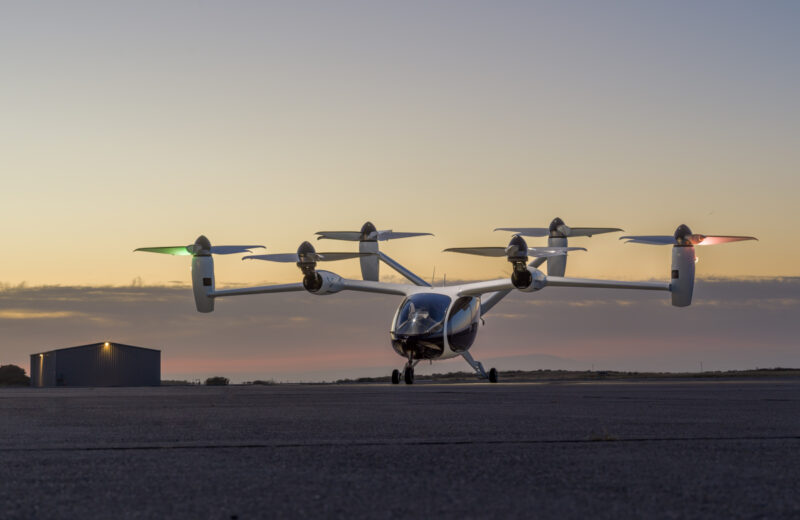 Venture capital is an optimistic form of investment, but to what extent will that optimism be quelled by the economic climate?

“We will see a sorting out process this year, which is natural for new industries,” says Brian Flynn, MD, DiamondStream Partners. Although many companies will “accelerate” towards their goals this year, others will be consolidated into the winners or go out of business, he tells Revolution.Aero. “Some will realise their ambitions exceed their ability to raise adequate funds and/or the laws of physics.”

Ben Marcus, co-founder and managing partner, UP.Partners agrees that insufficient funding will see some projects fail. “The less favourable capital markets will force companies to unlock value for customers more quickly, nail their business models and control their spending. Some will fail and some will consolidate.

Marcus adds: “[However] The 2024 Paris Olympics are just around the corner, and we expect to see at least one eVTOL operating there. Also, some new exciting projects will emerge this year that are not yet public. We are still at least a couple of years away from the first deliveries of commercial eVTOLs,” says Marcus.

Steve Taub, JetBlue Ventures’ MD, Investments, tells Revolution.Aero: “While we think this will probably be another strong year for progress, it’s also worth noting that certification is a complex process, and we may see some entry into service date forecasts and delays. We expect 2024 to be a pivotal year for the industry.”

“It wouldn’t surprise us if the macroeconomic environment puts a damper on growth round investments and lead to challenging times for some eVTOL companies,” says Taub. New aircraft design and certification take significant capital, and future fundraising rounds often depend on meeting strict engineering milestones, he explains. “Additionally, with the pullback in VC investments and generally tighter capital markets, AAM companies may have more difficulty raising financing, likely leading to some weaker projects failing.”

DiamondStream expects to see commercial entry commence and expand in the drone space this year, particularly amongst heavy drones and freight. This will accelerate as regulators approve more BVLOS applications (example pictured above). Flynn explains: “One company we invested in has customers who claim that it saves them 90% of the cost and the work can be done 30x faster. Those companies will continue to experience near triple-digit top line growth. In some cases, lives will be saved because drones are replacing helicopters.

“Importantly for passenger eVTOL companies, the rapid commercialisation of heavy drones will provide key data and insights that will accelerate the safe introduction of eVTOLs,” adds Flynn. For passenger eVTOLs, beyond the immediate funding challenges, other daunting obstacles include longer timelines for development, complex post-launch network development issues and high costs versus other forms of transportation.

He predicts that it will become clearer to the industry that hybrid-electric propulsion will be “vastly preferable” to all-electric or hydrogen for applications requiring significant payloads or distances. “Simply, hybrid electric offers the fastest, lowest cost path to decarbonisation and operating efficiency,” says Flynn.

Marcus expects certification progress to move forward this year. “Structures, systems, performance, controllability and other fundamental capabilities will be proven by these companies this year,” he says. “Like is often the case with testing new complex machines, I wouldn’t be surprised if we see a mishap or two. On the commercial front, I expect we’ll see significant orders for eVTOLs, particularly for logistics operations.”

As for UP.Partners, the firm will continue to invest. “Many of the technology companies in our portfolio are enabling AAM, for example with solutions in sensing and perception, design and manufacturing tools, and insurance. UP.Labs will launch its first several companies this year and we will also host our fifth UP.Summit, which will feature flight demonstrations by many AAM companies,” says Marcus.

Last year, DiamondStream funded more companies than ever and expects to be even more active in 2023 (pictured above is the VerdeGo Aero team in which DiamondStream invested). “In fact, we’re funding our first investment for 2023 this week,” says Flynn. “We’re best at investing in companies who’ve gotten certified and are delivering products and services that meet existing market needs. We love funding and rolling up our sleeves to help disruptive companies achieve their manifest destiny sooner than they would without us.”

Decreasing risk levels — as more stakeholders near and attain certification — hold potential for more investment in the sector. The market will gradually begin to realise that the new aviation will be far less volatile and more profitable than commercial, according to Flynn. “Why? Less capital cost, less labour dependence, and less exposure to fuel fluctuations will all help. The degree of switching costs will also likely be higher for many use cases. This will result in increased investor interest in the sector,” he says.

JetBlue Ventures does not often invest in more than one company per category, but it plans to continue to monitor the space and consider new concepts. Taub said: “As an early-stage investor, we are more likely to invest in companies developing AAM-related services or infrastructure than in new airframes. We’re also planning to continue to support Joby as a category leader.”

This year will be a proving ground for AAM, according to the investors Revolution.Aero asked. That is not to detract from the importance of recent years for the sector, but as commercial entry approaches, the heat intensifies. Add to that a poor economic outlook and it wouldn’t be a surprise to find a c-suite VC in the library consulting Descartes. “When it is not in our power to follow what is true, we ought to follow what is most probable.”

All things are difficult before they get VC