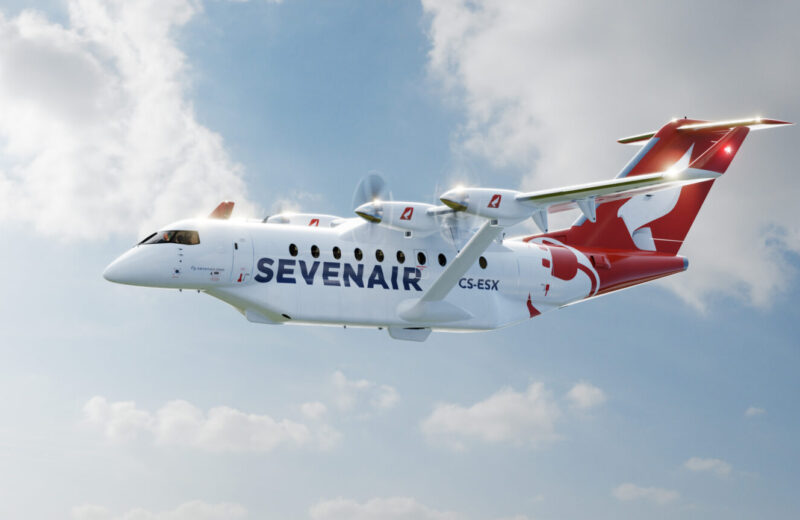 Heart Aerospace and Portuguese airline, Sevenair have signed a letter of intent (LoI) for three ES-30s with an option for three more.

The ES-30 is Heart’s fully electric, regional aircraft with a capacity of 30 passengers and a range of 200km (124.7miles). Regional airline Sevenair specialises in public transport and wet lease contracts. The firm currently operates seven routes in Portugal, all of which can be covered by the ES-30’s. Sevenair is also a member of Heart Aerospace’s Industry Advisory Board.

Alexandre Alves, chief commercial officer at Sevenair believes the ES-30 will be a “game changer” for the short distance regional flights “offering low noise and no emissions”.

“These features combined with the possibility of decreasing operating costs heavily impacted by fuel and maintenance will allow any airline operating the aircraft to offer new routes that before were not viable and expand the regional air connectivity to a broader spectrum of passengers,” he added.

Heart Aerospace now has a total of 230 orders and 100 options for the ES-30, along with LoIs for a further 99 aircraft.

Anders Forslund, CEO of Heart Aerospace said: “With the ES-30, we have designed an airplane that can start cutting emissions from regional air travel before the end of this decade and it is progressive airlines such as Sevenair that make it a reality. We couldn’t be happier to have them as a partner.”

Carlos Amaro, chief executive, Sevenair added: “Heart Aerospace presented itself to us as a start-up company that combined a strong financial backup with an experienced team and strong industry partners. As members of the Airline Advisory Board we are proud to assist this amazing group in the development of an aircraft that will completely disrupt regional flights.”