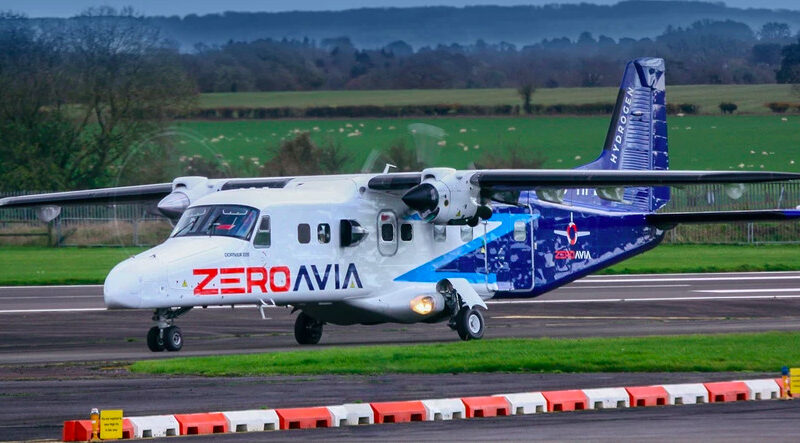 ZeroAvia is to begin flight testing this month after the UK CAA granted it a Part 21 permit to fly.

The start-up, which operates a Dornier 228 aircraft retrofitted with a prototype 600kW hydrogen-electric powertrain, secured the permit to fly following completion of a ground testing campaign and a full review of the development programme.

The 19-seat twin-engine aircraft has ZeroAvia’s hydrogen-electric engine powering the propellor on the left wing, whilst a single Honeywell TPE-331 powers the right-sided propellor. This gives redundancy to allow the technology to be tested safely.

The test flights make up part of the HyFlyer II project, an R&D programme backed by the UK Government which targets the development of a 600kW hydrogen-electric powertrain for nine-19 seat aircraft.

Val Miftakhov, ZeroAvia, founder and CEO, said: “Earning our full Part 21 permit to fly with the CAA is a critical milestone as we develop a zero-emission aviation propulsion system that will be the most environmental and economical solution to the industry’s climate impact. We’re going to be starting 2023 in the best way possible, by demonstrating through flight that true zero-emission commercial flight is much closer than many think.

Securing a Part 21 permit for this testing programme meant meeting a more stringent set of requirements compared to the E-Conditions framework ZeroAvia used for its six-seat prototype in 2020. According to ZeroAvia, Part 21 is an industry-standard term used to describe the regulatory approval of aircraft design and production organisations, and the certification of products, parts, and appliances for aircraft. Securing the permit to fly is a “significant milestone” in the firm’s path towards commercialisation, said ZeroAvia.

A commercially certifiable configuration for the firm’s ZA600 will be submitted by the end of 2023 and powertrain deliveries for the first commercial routes for nine-19 seat aircraft are to commence by 2025.

ZeroAvia has 1,500 engines under pre-order, partnerships with seven aircraft manufacturers as well as multiple fuel and airport partnerships.